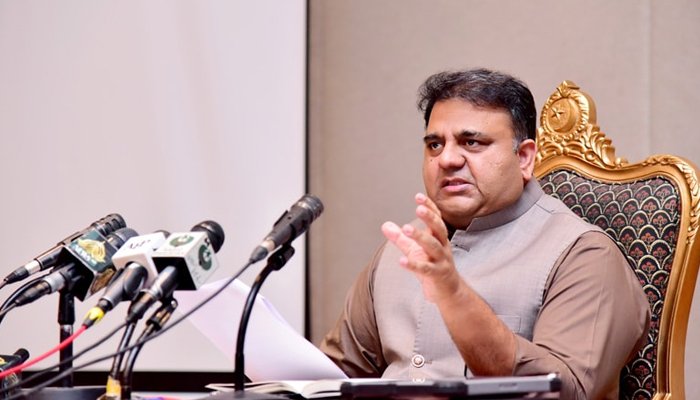 Federal Minister for Information and Broadcasting Fawad Chaudhry has urged the judiciary to improve its declining reputation that has rapidly deteriorated in the world rankings, adding that the new Chief Justice of Pakistan, Justice Umar Atta Bandial, would have to confront this gargantuan challenge. In a tweet, Chaudhry also raised a pertinent question by Minister for Law and Justice, Forough Naseem: if judges cannot take responsibility for the assets of their wives and children, then how can the politicians and bureaucrats be held accountable for it?

Speaking in a private TV channel, Chaudhry mentioned that if judges aren’t held accountable, then why should himself and Prime Minister Imran Khan be answerable. According to the WJP Rule of Index 2021 in October, Pakistan stands at the fifth out of the sixth position in the South Asian region.

Meanwhile, Justice Umar Ata Bandial will be taking an oath as the Chief Justice of Pakistan, replacing Justice Gulzar Ahmed on Feb 2, as per the notification by the law ministry on Jan 17.

Do you think the information minister’s tweet about the judiciary holds water?