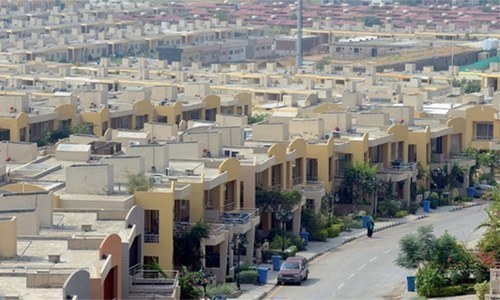 Taking note of the  Fazaia Housing Scheme, today (May-19-2020) the Sindh High Court ordered Maxim Properties to return complete investment of the affectees within 6 months, else NAB Karachi will start inquiry against the accused. On the other hand, Directorate of Estate Projects, Air Headquarters, Pakistan Air Force, welcomes the orders passed today by the honorable court for commencement of immediate refund to the affectees of Fazaia Housing Scheme, Karachi.

The SHC has granted bail to two accused persons, Tnaveer Ahmed and Bilal Tanveer, for quick return of the affectees who had invested in the Fazaia Housing Scheme.

According to the  statement by Pakistan Air Force Spokesperson  “Directorate of Estate Projects, Air Headquarters, Pakistan Air Force welcomes the orders passed today by Honorable High Court of Sindh for commencement of immediate refund to the affectees of Fazaia Housing Scheme, Karachi as per its insistence and persistent efforts. Throughout the process, the Directorate of Estate Projects, Air Headquarters, PAF has made substantial efforts in securing the interest of Fazaia Housing Scheme, Karachi affectees and would continue to remain involved until the completion of the refund process in the interest of General Public.”

It was generally perceived  that  Fazaia Housing Scheme was illegally launched by the Pakistan Air Force in partnership with Maxim properties in 2015 on illegally consolidated, adjusted land in Malir.

Rava correspondent investigated the Fazaia Housing Scandal and ferreted out some interesting  facts about this scam and the role of Pakistan Air Force, which are as follows:

(a) Recently, M/s Maxim has submitted its Affidavit in the Sindh High Court for refund in which they have agreed to relinquish their rights over the Fazaia Housing Scheme Funds and Project Assets unconditionally for commencement of refund process.
(b) They have also given an undertaking that any shortfall in ensuring the complete refunds to General Public and meeting the liabilities of the Project would be realized from sale / auction of Project Assets, advance / profit withdrawn by Maxim and from their own resources.

Before that  suspects, Tanvir Ahmed and Bilal Tanvir, who are top managers of the Maxim Properties, are in custody for cheating the public in the name of the Fazaia Housing Scheme launched as a joint venture with the Pakistan Air Force (PAF) in 2015. According to the prosecution, the suspects kept the location of the project hidden to dodge the general public in the name of the PAF with intention of minting money. It added that they defrauded people for around Rs18 billion in the name of apartments, bungalows, surcharges and processing fees.