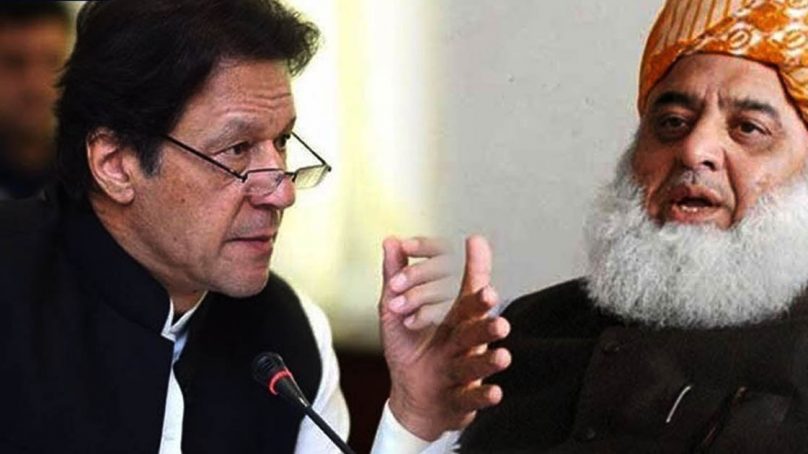 On Monday, Prime Minister Imran Khan said that Jamiat-Ulema-e-Islam Fazl (JUI-F) chief Maulana Fazlur Rehman has acquired assets beyond means hence he must account for it and “surrender before NAB”.

Prime Minister said this while he chaired a meeting of party leaders and spokespersons where participants said that PML-N supremo Nawaz Sharif and Fazl had made attempts to recognize Israel in the past.

The premier also directed party leaders to notify the public of the proposed amendments to the National Accountability Bureau (NAB) Act proposed by the Opposition.

He alleged that when it proposed several amendments to the NAB legislation, the Opposition was seeking an NRO.

A confident PM Imran reportedly told party spokespersons that the PDM’s second phase of anti-government protests would also collapse, like the jalsas of the Pakistan Democratic Movement.

He instructed party leaders to prepare for a coherent plan of action and warned them that the opposition was involved in spreading anti-government propaganda.

“We are waging jihad and the mafia [ the opposition] is spreading propaganda against us.”

Kiwis look to clean sweep Pakistan in the T20 series