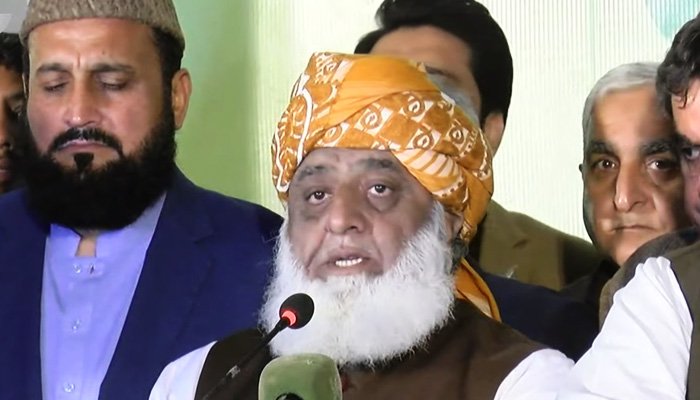 Speaking to the media after a meeting of the Pakistan Democratic Movement’s (PDM) KP session, Jamiat Ulema-i-Islam-Fazl (JUI-F) chief Maulana Fazlur Rehman said all parties of the PDM are all set for the Mehngai march on Islamabad. He also dispelled the impression that his party’s remarkable performance in the local bodies’ election was due to the evolving situation in Afghanistan or deal with the establishment.

During the meeting, the leaders of the component parties of the opposition alliance present were Sikandar Sherpao, Murtaza Abbasi, and Amir Muqam. Conventions and protest rallies will be taking place in all four provinces along the march.

Maulana Fazlur Rehman is sure that Pakistan Tehreek-i-Insaf (PTI) would face defeat in the second phase of the local body election in KP. He added that the victory of JUI-F is the victory of PDM and the people of KP saying that people do not trust the incumbent government and its policies. He said, “The PTI will bite the dust in the second phase.”

Do you think Maulana’s march against rocketing inflation will be successful?

Schools to remain today in Sindh