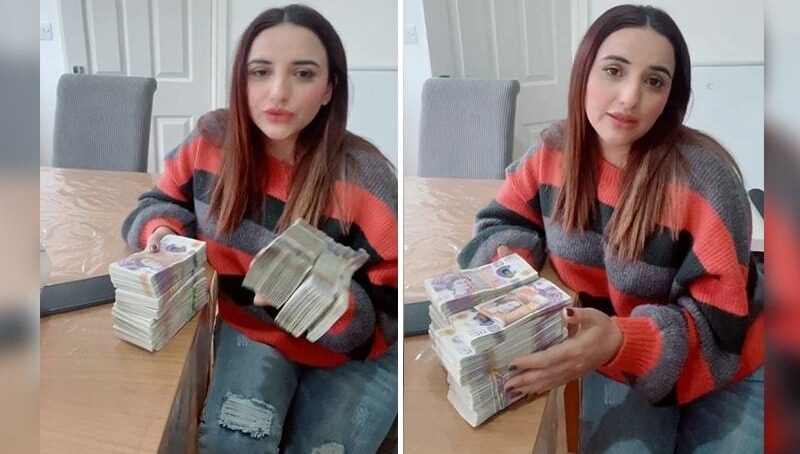 The Federal Investigation Agency (FIA) has decided to launch a money-laundering case against TikTok star Hareem Shah as she claimed to successfully carry a huge amount of money to the UK in violation of the law. The controversial vlogger took a U-turn from her previous claims and denied carrying cash abroad, stating that she “just made a video to do so”. The FIA is set to write a letter to the UK’s National Crime Agency (NCA) requesting for Shah’s prosecution.

The FIA spokesperson confirmed that the investigation regarding the money laundering case has already been started, adding that her official documents such as her visa reveal her real name “Fizza Hussain”. The case ignited when Shah uploaded a video on her social media flaunting British pounds saying “neither anyone caught me nor they have the [capacity] to catch me.” She also gave a reason for doing so saying, “Pakistani currency and passport had no worth abroad.”

Is Hareem Shah really involved in money laundering, or was it just a publicity stunt? What do you think?