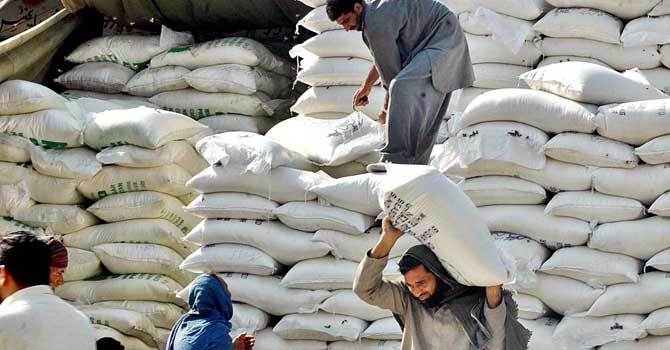 Flour prices are expected to fall across the country following the arrival of three ships carrying wheat imported by the private sector.

Owing to bad weather, Covid-19 lockdown and mismanagement in the procurement of the commodity, the supply of the staple crop fell earlier in Pakistan. Due to the scarcity a few months ago the price of a 10 kg bag of flour rose from Rs600 to Rs700.

In response to the price hike, the cabinet’s Economic Coordination Committee (ECC) gave the private sector the go-ahead for importation of 2.5 million tonnes of wheat in late June to bridge the demand-supply gap and reduce prices.

“At Karachi Port, two out of three ships carrying wheat have been offloaded,” said Cereal Association of Pakistan Chairman Muzammil Chappal. “Two more ships are on their way to Pakistan waters and will be docked next week.”

“Overall, Pakistan has ordered 600,000 tons of wheat consignments,” he said, adding that due to the gap between demand and supply, the government allowed businessmen duty-free import of wheat.

When the imported wheat would be available in the markets, it is expected that prices would fall by Rs5-7 per kg as demand-side pressure would ease.

The association official added that the country faced the current year with a deficit of 1.5 million tonnes of wheat.

The private sector can only afford to import more wheat if the prices remain stable in the international market.

In the wake of the wheat shortage, the ECC also ordered Pakistan Agricultural Storage and Services Corporation (Passco) and Pakistan Trading Corporation (TCP) to arrange imports of wheat.

However, it allowed provinces to import wheat in accordance with their needs. Provincial governments and district authorities were only able to move wheat in limited quantities during the lockdown, Sindh Abadgar Board Vice President Mahmood Nawaz Shah stated clearly.

“This disrupted supply chain of the commodity, which eventually disturbed wheat supply in the country,” he said.

A team of experts from the Department of Plant Protection (DPP) are inspecting the wheat-carrying vessels for mandatory quarantine examination.