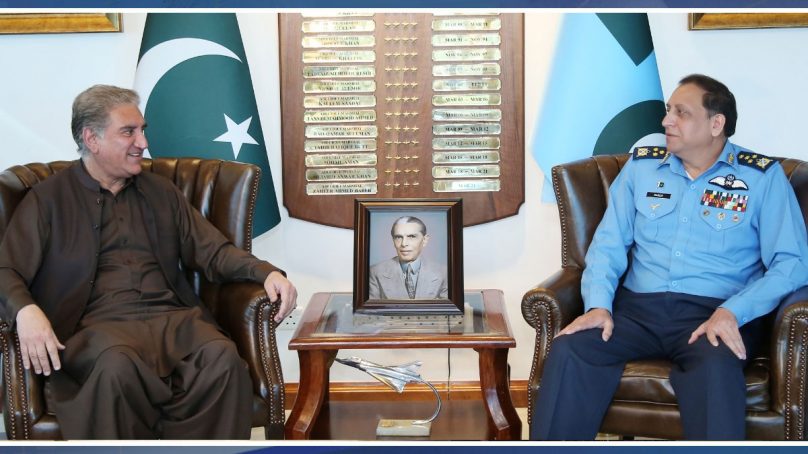 Matters pertaining to evolving geopolitical/  geostrategic environment and Regional Security were discussed during the meeting.

In the realm of forthcoming visit of HE Prime Minister of Pakistan and Foreign Minister to China, Chief of the Air Staff shared the PAF Modernization Program through smart inductions and collaboration in the domain of cutting edge niche technologies with Pakistan’s time tested friend China. Mutual collaboration between the two neighbouring countries in other domains also came under discussion.

Foreign Minister lauded the matchless professionalism of PAF while assuring full support of the  Government  to modernize PAF as a Next Generation Air Force.

He duly acknowledged PAF’s role in providing an impregnable defence of the country while living up to the Quaid’s vision of being an Air Force Second to None. The Air Chief lauded the role played by Ministry of Foreign Affairs (MOFA) for effectively projecting the positive image of Pakistan amongst the international community.