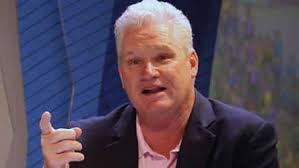 The former Australia batsman, died on Thursday after a major heart attack in Mumbai. Jones aged 59, was in India as a commentator for the IPL suffered a massive heart attack.

Jones, considered one of his generation’s finest batsmen, was part of Australia’s 1987 World Cup-winning squad.

“It is with great sadness that we share the news of the passing away of Mr. Dean Mervyn Jones AM. He died of a sudden cardiac arrest. We express our deep condolences to his family and stand ready to support them in this difficult time. We are in touch with the Australian High Commission to make the necessary arrangements,” Star India said in a release.

PCB is devastated with the news of Dean Jones’ passing. On behalf of Pakistan cricket, the PCB offers its heartfelt condolences to his family, friends and the entire cricket community. pic.twitter.com/Bur7K12Vrs

The Pakistan Cricket Board (PCB) said they were devastated by the news of Jones’ death.

“On behalf of Pakistan cricket, the PCB offers its heartfelt condolences to his family, friends and the entire cricket community,” the PCB tweeted.

Many cricketing legends have expressed their grief on the great loss of cricketing world.

Extreme shortage of gas expected in Sindh during winters