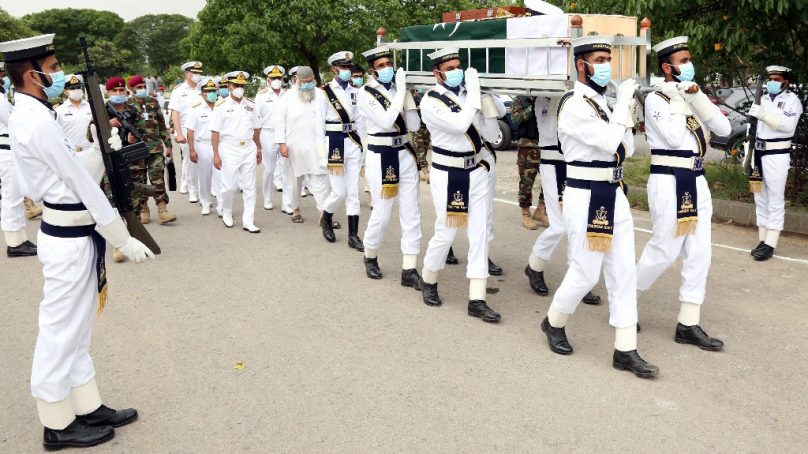 The Admiral had an illustrious Naval career spanning over four decades. He has the unique honour of being the first Commanding Officer of Pakistan’s first Submarine GHAZI, remained pioneer Commander of Submarines Squadron and Director of Submarine Operations. The Admiral was one of the valiant war veterans who saw action in both the 1965 and 1971 Indo-Pak Wars. During the war of 1965, the Admiral was commanding the maiden Pakistani submarine GHAZI and under his bold and able leadership, GHAZI kept the entire Indian Fleet confined in its harbour. Not only this naval action infused fear in the enemy lines but provided significant strategic leverage to Pakistan. The Admiral in all his professional pursuits exhibited dynamic leadership skills, impeccable moral strength, extraordinary professional competence and the highest sense of responsibility.

Admiral Karamat Rehman Niazi joined Royal Pakistan Navy in November 1948 and completed his initial training from Britannia Royal Naval College Dartmouth, UK. He was a graduate of National Defence College, Pakistan. In March 1979, he was appointed as 8th Naval Chief of Pakistan Navy. The Admiral had a dynamic and distinguished career encompassing various Command and Staff assignments, both afloat and ashore including Commander Submarines, Commander 25th Destroyer Squadron and Commander Pakistan Fleet. He also served as Deputy Chief of Naval Staff (Operations) and Vice Chief of Naval Staff.

In recognition of his military valour, meritorious services and outstanding performance, the Admiral was awarded Nishan-e-Imtiaz (Military) and Sitara-e- Jurrat.

A floral wreath was laid by Chief of the Naval Staff on the Admiral’s grave. Besides, floral wreaths on behalf of the President of Pakistan, Prime Minister, Chairman Joint Chiefs of Staff Committee, Senior Naval Officers and notable Civilian were also laid on the grave.

Vaccination centres to be closed on Eid’s three days