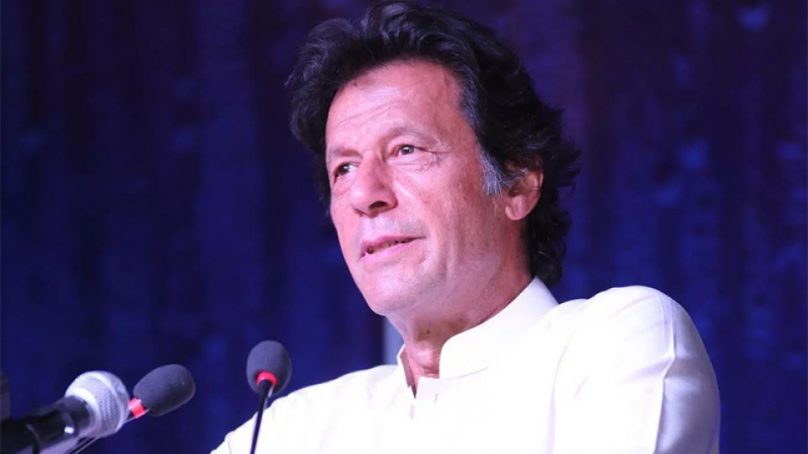 On Sunday, Prime Minister of Pakistan Imran Khan said that giving an NRO to the opposition would amount to treachery with Pakistan.

In a Facebook post, he said: “Unless they are held accountable, the country could not be put on the track of progress.”

“They just want to hear three words ‘NRO’ from me, which I will not utter as it will amount to treachery with the country,” he added.

Earlier, on Oct 2, the Pakistan Tehreek-e-Insaf (PTI) core committee had decided not to accept any unconstitutional demand of the JUI-F, including the prime minister’s resignation.

The meeting, chaired by Prime Minister Khan, discussed the political situation in the wake of JUI-F’s Azadi March in the federal capital. It strongly condemned statements against institutions by Maulana Fazal-ur-Rehman and decided not to tolerate such language of the opposition leaders.

“Pakistan’s image is improving due to sacrifices of the institutions and people of the country.”

The meeting also decided against holding fresh general elections in the country and finalized a strategy to deal with the Azadi marchers.

The foul language used against the prime minister of the country was also condemned and termed it ‘disgraceful’.

The meeting decided that the government has no issue of how long the marchers stay in Islamabad, but the law will take its course of action, in case of any violation of the pact signed between opposition’s Rehbar committee and the government.

The initiatives of Premier Imran Khan were also lauded in the meeting for improving Pakistan’s image globally.

No Jewish conspiracy needed when Fazal is in Pakistan: Imran Khan