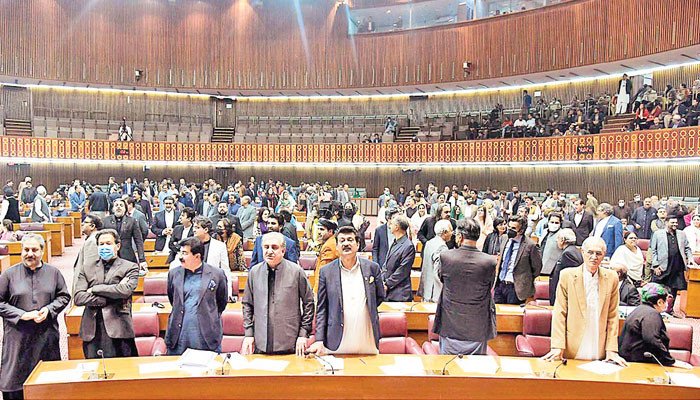 Following the vigorous protest by the opposition, the government succeeded at passing 33 crucial bills in the joint session of parliament. The bill passing allowed the use of the electronic voting machine (EVM) and allowed voting rights to overseas Pakistanis. This decision led to many tear copies, walk-out sessions, and protests. Many lawmakers chanted against Prime Minister Imran Khan and his government.

The situation led to the point where sergeants had to draw a line between themselves and lawmakers to avoid physical fights. The opposition argued on many topics such as Rules of Procedure and Conduct of Business in the National Assembly in 2007 whereas, the government side was seen calm and contended.