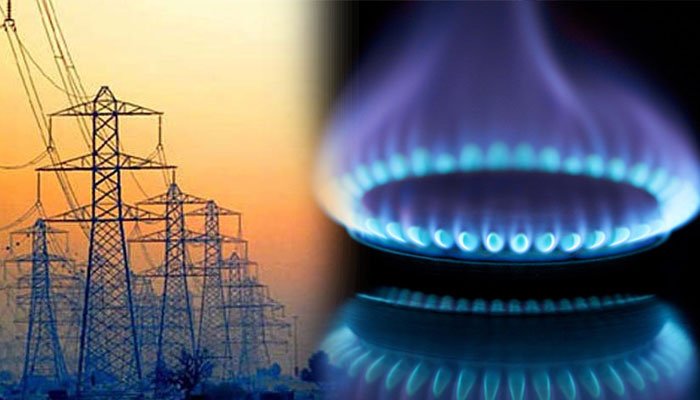 In order to enable gas producers to recover their receivables in the next four to five years, the federal government has stated that it will have to gradually increase the country’s oil and gas tariffs.

“The companies will now be allowed to recover the receivables in the next four to five years in phases,” said Special Assistant to the Prime Minister on Petroleum Division Nadeem Babar on Wednesday.

He was addressing a press conference along with Minister for Information Shibli Faraz. He also shared some data on the power and gas sectors during the presser and negated the “negative impression” created by some recent media reports.

Babar said the circular debt went up by Rs200 billion due to depreciation of the rupee against the dollar.

“Rs200 billion was added to the circular debt on account of exchange rate. The rupee was overvalued and the PTI government had to devalue it in order to bring to a real exchange rate.

“However, the PTI government did not increase the electricity rates due to the coronavirus pandemic that resulted in increase in circular debt by Rs270 billion.”

“Another cost which needed to be passed on to the consumers was incurred due to inefficiency of distribution companies (DISCOs) which are also causing a loss of Rs9 to Rs14 billion every month.

“In case of zero circular debt by December, the government had to pass on the impact of both these factors to the consumers. However, the prime minister disallowed this due to Covid-19,” he added.

He said the circular debt inherited from the last PML-N government also included Rs146 billion budgeted amount that was not released under an industrial package.

The SAPM said a subsidy of Rs3 per unit was given to the industrial consumers of power.

“The previous government had not allocated funds to give Rs3 per unit on electricity supply to the export oriented industrial sector that caused an increase in circular debt by Rs146 billion.

He said the federal government would not comply with the requests made by gas companies, SNGPL and SSGC, to pass on the deficit to customers in previous years, to a question.

He said that as both terminals are running at maximum capacity, there will be no gas shortage in the country. Consumers can however, face issues with low pressure in winter. The government is making arrangements to import around 1,300-1,325 cubic feet of the LNG to meet domestic needs.”

The SAPM said it is unfortunate that a negative media campaign is being run against the government about the LNG using fudged statistics.

He said the present government has imported 35 cargo ships of the LNG in the last 27 months at rates 20% lower as compared to the gas obtained through expensive LNG agreements signed by the previous government with Qatar.

“Our government imported LNG at an average 10.4% of Brent on spot rate as compared with 13.37% being imported under Qatar agreement,” he added.

The government has also allowed the private sector to develop LNG terminals in the country, Babar said and two companies have demonstrated their readiness to set up these facilities in Pakistan.

He said two LNG terminals with a government guarantee to run these facilities had been built by the last PML-N government. This, he said, raised the cost considerably.

With regard to offering cooperation to K-Electric, Babar said that in the summer, the government supplied LNG to the power generation company in Karachi only to facilitate the people of the largest city in the country.

The SAPM said work on the North-South pipeline will begin in February-March and holistic pipeline sector reforms will be implemented. Speaking on the occasion, Minister of Information Shibli Faraz said the government is seeking to control the circular debt and line loss problems in the government.