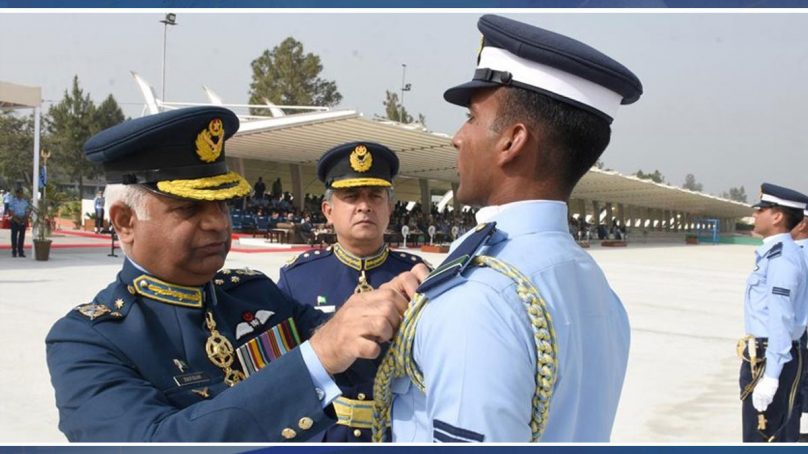 A total of 63 cadets graduated at the occasion. The Chief Guest awarded branch insignias to the graduating cadets and trophies to the distinction holders. Air Marshal Asghar Khan Trophy for the overall best performance in the 127th Combat Support Course was awarded to Aviation Cadet Muhammad Talha.

While addressing the graduating cadets, the Chief Guest said, “You have become part of Pakistan Air Force that has a legacy of finest traditions of valor, heroism, and patriotism of air warriors”. He further added that they must remain abreast of the latest developments and modern concepts in their respective fields for performing their duties with utmost commitment and responsibilities. In the end, the Chief Guest congratulated the graduating cadets on the successful accomplishment of an important milestone in their lives.

The ceremony was witnessed by high-ranking Military, Civil Officials, and a large number of guests of graduating cadets.