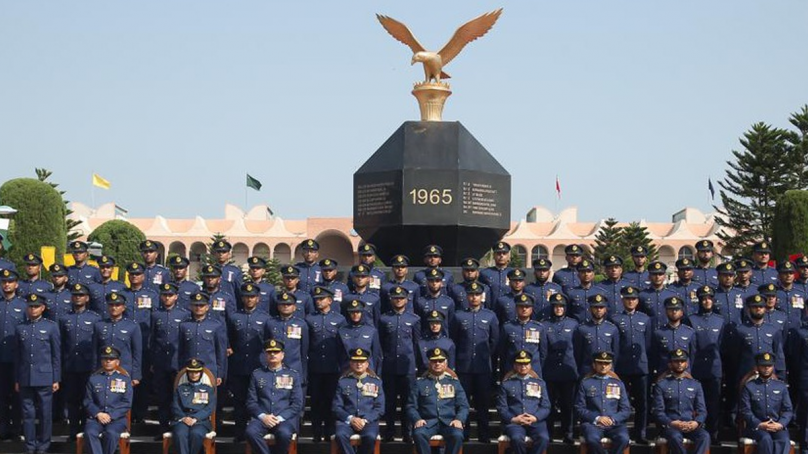 While addressing the audience, the Chief Guest said, “Pakistan has a distinguished place amongst the comity of the Nations and we shall remain focused on constructive engagement with important countries of the world based on the principle of mutual respect and prosperity”.  Addressing the cadets, the Chief Guest said that “they were a part of the elite Pakistan Air Force where our esteemed predecessors had left behind a glorious legacy of heroism, indomitable will, spirit of sacrifice, resolute courage and unshakable faith. Now, it is your prime obligation to uphold these valued customs and traditions.” He further urged upon them to merge sound professionalism with traits of good leadership to rise for their country and come up to the trust reposed in them by the nation and Pakistan Air Force.

The Ceremony was witnessed by high-ranking Military, Civil Officials and a large number of guests of graduating cadets.