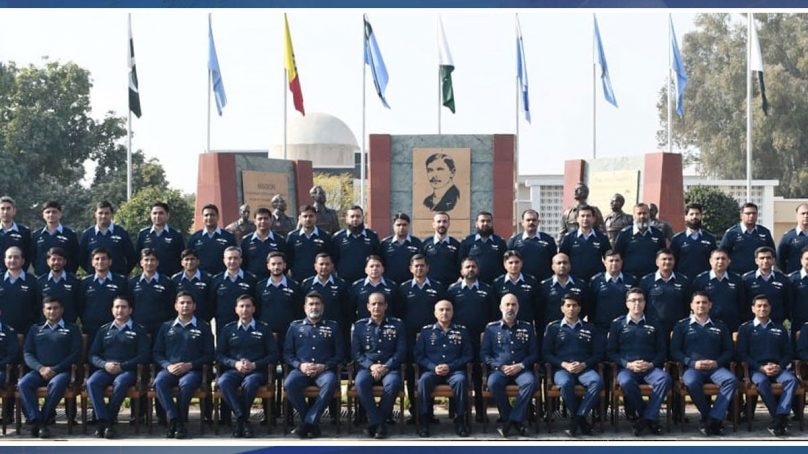 The Graduation Ceremony of No 55 Combat Commanders’ Course was held at Airpower Centre of Excellence (ACE), today.  Air Marshal Syed Noman Ali, Vice Chief of the Air Staff, Pakistan Air Force was the Chief Guest on the occasion.

While addressing the course participants, the Chief Guest said, “Meticulous training has always been our core strength and we would continue to guard it”.  He further said that ACE remained at the pinnacle of PAF’s combat training and played a pivotal role in developing excellent aerial combat skills of future air warriors. He also expressed his satisfaction with the implementation of emerging warfare concepts in the elite institution of PAF.

NCOC permits booster shots for 30 and above