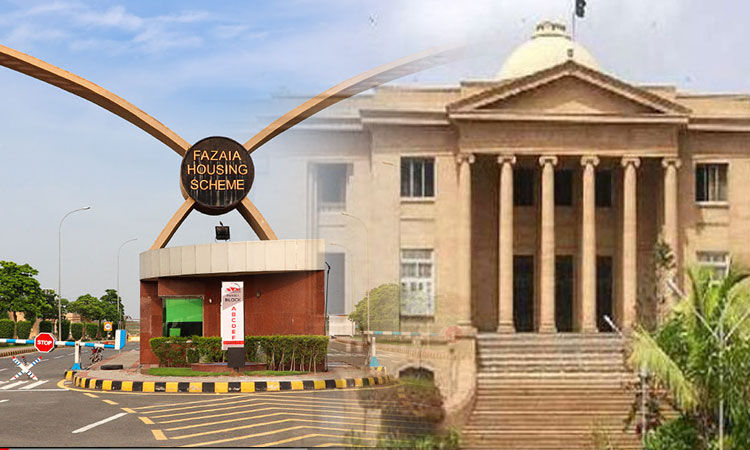 Hearing of requests for refund to the victims of Fazaia Housing Scheme The court sought arguments from Najeeb Jamali, lawyer of the Overseas Victims, at 3.30 pm today

PAF said Propaganda was also spread on Indian media on the issue of Fazaia Housing Scheme, PAF lawyer  also said that the accused want to return the money to the victims through NAB, lawyer PF said Claims have been sought from the victims through advertisements in three major newspapers, the investigating officer said So far, 1,985 victims have submitted their claims. The verification process is underway, said the investigating officer

The court ordered the victims to return the money within two months A single member bench froze the accounts of the accused Additional Attorney General and NAB Prosecutor Sattar Awan upholds PAF and accused’s lawyers Overseas victims have invested up to Rs 1 billion in the project, said Overseas Victims OBC victims should be paid profit along with real money, Najib Jamali Advocate A group of victims opposes the position of the lawyer of the Overseas Victims Do you want 1,985 victims not to get the money on time? Justice KK Agha’s remarks