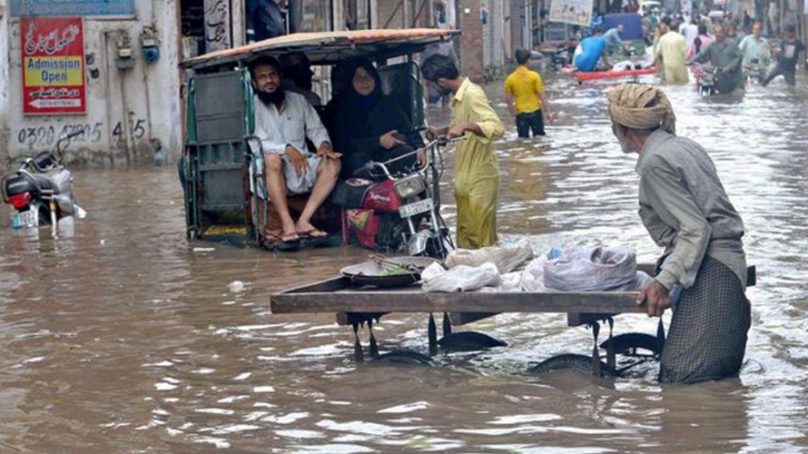 Heavy rains kill at least 17, injure many in Punjab

As many as 17 people were killed and many others injured in heavy rains that have lashed Punjab recently.

According to reports, at least four people lost their lives and five others sustained injuries when the roof of their house caved in in Ibrahim Colony in the Harbanspura area of ​​Lahore. The dead had been recognized as Sabir, Kamran, Azam and Aslam, while the injured include Habibullah, Sahil, Qamar Bibi, Fatima and Farida Bibi.

In Sheikhupura, nine people were entombed when the roof of a house collapsed on account of heavy rain in the Millian Kalan area of Mureed Road. A child and a woman died and seven others were injured in the incident.

Pakistan’s IT exports rise 24% despite coronavirus