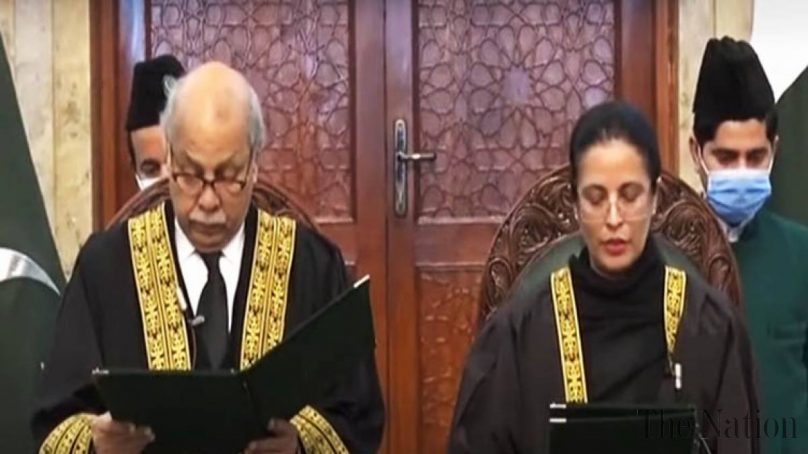 History in the making!

History was made in the country’s judicial system on Monday when Justice Ayesha Malik took oath as the first woman judge of the Supreme Court of Pakistan. The oath was administered by Chief Justice Gulzar Ahmed in a ceremony at the ceremonial hall of the Supreme Court. After the oath-taking ceremony, Justice Gulzar stated that Justice Malik was competent enough to become the judge of the SC and that no one but her deserved the credit for her elevation.

After this, JCP held another meeting to decide the elevation which was disrupted due to lack of consensus in the extended meeting of the JCP on Sept 9. The four members of the commission had opposed the proposal of her elevation while, her supporters were in equal number as well. This was the reason her elevation was rejected. It is important to know that Justice Malik is the fourth in the seniority level of the LHC judges.

It’s indeed a moment of pride and jubilation for the country. Do you agree?