I still stick to my statement of finding anomalies in licences of 262 pilots: aviation minister
Recent View all
Reviews
Read more

Home  »  News   »   I still stick to my statement of finding anomalies in licences of 262 pilots: aviation minister 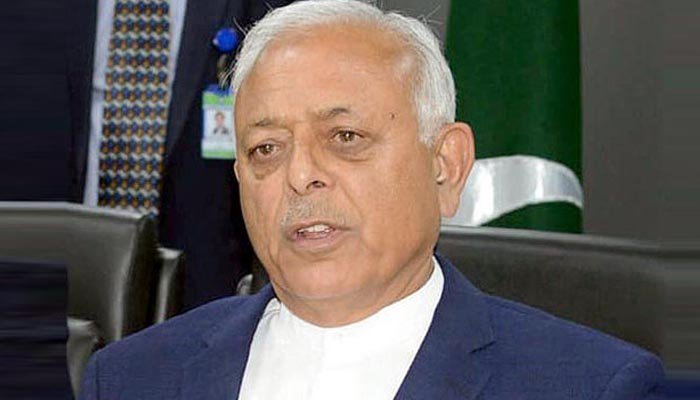 I still stick to my statement of finding anomalies in licences of 262 pilots: aviation minister

On Thursday, aviation minister Ghulam Sarwar Khan said that he stood by his statement that anomalies were found in the licenses of 262 pilots, while some pilots did not sit their eight tests themselves.

Speaking exclusively in Dunya News’ program “Dunya Kamran Khan Kay Sath”, the aviation minister said that 28 pilots have been sacked after charge sheet, while some pilots have also confessed in the show cause notice.

Mr Khan said that the investigations into the pilots has been going on since last February, adding that licences of a whopping 262 pilots were found dubious.

He further said that the prime minister was also briefed on the inquiry report.

The minister went on to say that that 174 Pakistani pilots were working in foreign airlines, which had asked for verification of pilots’ licenses.

“The licenses of 166 out of 174 pilots have been verified,” the minister said, adding that “the process checkup of pilots will continue and after the audit, we will offer the services of our pilots to the world.”

He said that the national carrier was banned in Europe from 2007 to 2009 and the government was in contact with the European Union foreign ministry on the issue of pilots. “Shouldn’t we admit our mistakes if something has gone wrong,” he asked.

Mr Khan further said that the Civil Aviation Authority is being divided into two parts, adding that the authority’s regulatory and commercial matters are being separated.

It’s worth mentioning here that, in sharp contrast to the minister’s accusation, the Civil Aviation Authority (CAA) on Wednesday had clarified that all commercial/airline transport pilots licences issued were genuine.