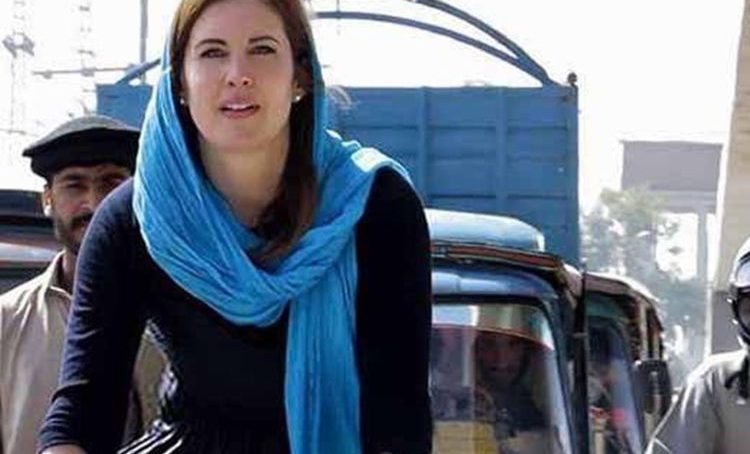 On Monday, the Islamabad High Court (IHC) stayed a decision of the interior ministry to expel US blogger Cynthia Ritchie and sent notices to the interior minister and the director general of the Federal Investigation Agency (FIA).

The court also ordered Ritchie to file an affidavit outlining all of her grievances until the next hearing, before indefinitely adjourning the case.

Ritchie had filed a writ petition in the high court on Saturday against the ministry’s decision to reject an extension in her visa, naming the FIA chief executive and the interior secretary as respondents.

In her appeal, Ritchie said that after providing all the necessary paperwork, her applications for a visa extension had been rejected, adding that the interior ministry did not mention the reasons for doing so either.

During today’s hearing, headed by IHC Chief Justice Athar Minallah, the US blogger’s lawyer reiterated that the authorities concerned have no justification to refuse Ritchie a visa extension.

At this, Justice Minallah observed that, without an explanation, several visas are being rejected daily.

When her lawyer questioned the law under which her request was denied, the judge replied that no law is required to reject a visa.

“A visa is not a basic right, it is a privilege,” the judge remarked. The court also asked whether Ritchie had any other complaints, to which she replied that two petitions were pending in the FIA.

In her petition with the IHC, Ritchie said her visa had expired and she had applied for a work visa with all the necessary documents.

“[But] due to the pandemic situation, the same could not be processed and the visas of all foreigners were extended by a general order, and the same premium was also afforded to the petitioner,” it said.

Ritchie stated she had moved another application for a work visa due to a sponsor change that was still not decided because of Covid-19, and was later “shocked” to receive a letter from the Ministry of the Interior saying that her application for a visa had been refused.

She noted that the interior ministry had previously submitted comments that Ritchie was not involved in “anti-state and illegal activity” in Pakistan, during the hearing of a petition lodged by a PPP activist.