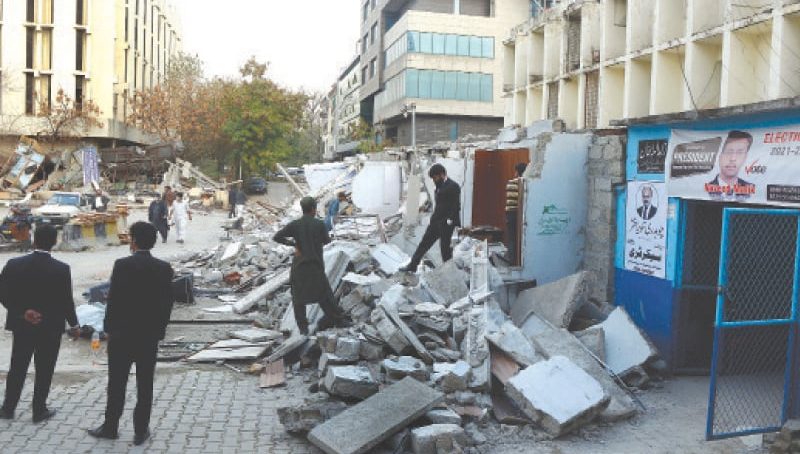 The Islamabad High Court has sent contempt of court notices to 17 lawyers after they stormed the court premises and vandalized it two days ago.

On Monday, lawyers in Islamabad resorted to hooliganism and violence against the demolition of their chambers by the Capital Development Authority (CDA) at the Islamabad judicial complex.

A mob of lawyers shattered windows in the chief justice block, shouting slogans outside the IHC Chief Justice’s office.