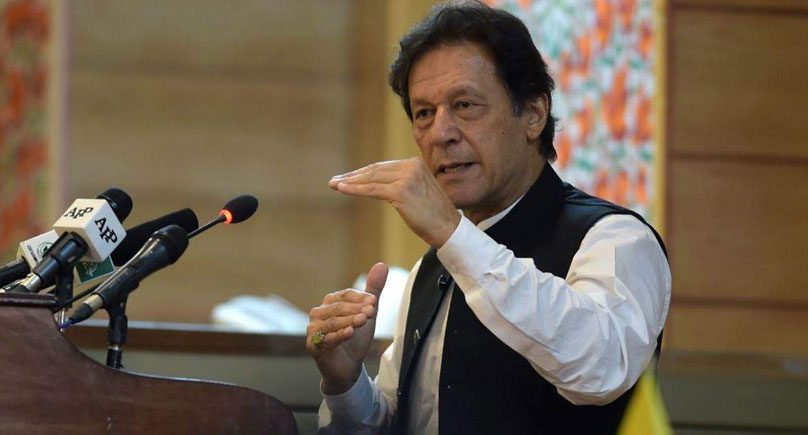 Prime Minister Imran Khan said on Thursday that the only way to resolve the problems faced by the Karachi citizens was to have an elected administrator or a completely functioning system of local government.

The Prime Minister, who will be making an official weekend visit to the rain-hit provincial metropolis, added that problems relating to water supply, sewage treatment, solid waste management disposal, and the Building Control Authority should be addressed at the administrator or local government level.

The Sindh government is in the process of appointing an administrator to run the city’s affairs as local governments have ended their tenures and have been disbanded.

The prime minister blamed the lack of a coherent command structure — that can provide the course of the megacities and meet the infrastructural and civic needs of the metropolis — for Karachi’s problems.

The Premier said it was necessary to establish an empowered and efficient system to ensure the implementation of different projects within a specified time-limit for the success of the projects.

Speaking at a meeting on the “Karachi Transformation Plan,” the Prime Minister said Karachi ‘s people have been facing long-standing problems with clean water supply, sewerage, solid waste management, drainage and transportation, and, unfortunately, in the past, solutions to those problems have been perpetually neglected.

Imran said recent rains on the administrative side have highlighted structural problems, adding that the federal government is fully aware of all the issues.

Later, Information Minister Senator Shibli Faraz tweeted that the Prime Minister was working for the equitable development of Pakistan as a whole, adding that Khan was committed to the restoration of the Quaid City lights and colours.

The information minister said the prime minister would announce a special package for the Karachi citizens adding that Karachi’s development was a guarantee of the prosperity of Pakistan as it was Pakistan’s economic heart.