Don’t blame Pakistan for the outcome of the war in Afghanistan - Rava.pk
Recent View all
Technology
Read more 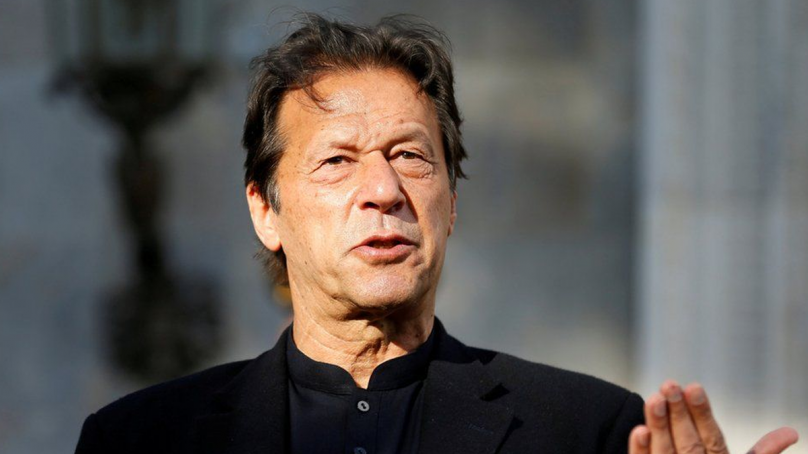 Watching the recent Congressional hearings on Afghanistan, I was surprised to see that no mention was made of Pakistan’s sacrifices as a U.S. ally in the war on terror for more than two decades. Instead, we were blamed for America’s loss.

Let me put it plainly. Since 2001, I have repeatedly warned that the Afghan war was unwinnable. Given their history, Afghans would never accept a protracted foreign military presence, and no outsider, including Pakistan, could change this reality.

Unfortunately, successive Pakistani governments after 9/11 sought to please the United States instead of pointing out the error of a military-dominated approach. Desperate for global relevance and domestic legitimacy, Pakistan’s military dictator Pervez Musharraf agreed to every American demand for military support after 9/11. This cost Pakistan, and the United States, dearly.

Those the United States asked Pakistan to target included groups trained jointly by the CIA and our intelligence agency, the ISI, to defeat the Soviets in Afghanistan in the 1980s. Back then, these Afghans were hailed as freedom fighters performing a sacred duty. President Ronald Reagan even entertained the mujahideen at the White House.

Fast forward to 9/11, when the United States needed us again — but this time against the very actors we had jointly supported to fight the foreign occupation. Musharraf offered Washington logistics and air bases, allowed a CIA footprint in Pakistan, and even turned a blind eye to American drones bombing Pakistanis on our soil. For the first time ever, our army swept into the semiautonomous tribal areas on the Pakistan-Afghanistan border, which had earlier been used as the staging ground for the anti-Soviet jihad. The fiercely independent Pashtun tribes in these areas had deep ethnic ties with the Taliban and other Islamist militants.

For these people, the United States was an “occupier” of Afghanistan just like the Soviets, deserving of the same treatment. As Pakistan was now America’s collaborator, we too were deemed guilty and attacked. This was made much worse by over 450 U.S. drone strikes on our territory, making us the only country in history to be so bombed by an ally. These strikes caused immense civilian casualties, riling up anti-American (and anti-Pakistan army) sentiment further.

The die was cast. Between 2006 and 2015, nearly 50 militant groups declared jihad on the Pakistani state, conducting over 16,000 terrorist attacks on us. We suffered more than 80,000 casualties and lost over $150 billion in the economy. The conflict drove 3.5 million of our citizens from their homes. The militants escaping from Pakistani counterterrorism efforts entered Afghanistan and were then supported and financed by Indian and Afghan intelligence agencies, launching even more attacks against us.

Pakistan had to fight for its survival. As a former CIA station chief in Kabul wrote in 2009, the country was “beginning to crack under the relentless pressure directly exerted by the US.” Yet the United States continued to ask us to do more for the war in Afghanistan

A year earlier, in 2008, I met then-Sens. Joe Biden, John F. Kerry, and Harry M. Reid (among others) explain this dangerous dynamic and stress the futility of continuing a military campaign in Afghanistan.

Even so, political expediency prevailed in Islamabad throughout the post-9/11 period. President Asif Zardari, undoubtedly the most corrupt man to have led my country, told the Americans to continue targeting Pakistanis because “collateral damage worries you Americans. It does not worry me.” Nawaz Sharif, our next prime minister, was no different.

While Pakistan had mostly defeated the terrorist onslaught by 2016, the Afghan situation continued to deteriorate, as we had warned. Why the difference? Pakistan had a disciplined army and intelligence agency, both of which enjoyed popular support. In Afghanistan, the lack of legitimacy for an outsider’s protracted war was compounded by a corrupt and inept Afghan government, seen as a puppet regime without credibility, especially by rural Afghans.

Tragically, instead of facing this reality, the Afghan and Western governments created a convenient scapegoat by blaming Pakistan, wrongly accusing us of providing safe havens to the Taliban and allowing its free movement across our border. If it had been so, would the United States not have used some of the 450-plus drone strikes to target these supposed sanctuaries?

Still, to satisfy Kabul, Pakistan offered a joint border visibility mechanism, suggested biometric border controls, advocated fencing the border (which we have now largely done on our own), and other measures. Each idea was rejected. Instead, the Afghan government intensified the “blame Pakistan” narrative, aided by Indian-run fake news networks operating hundreds of propaganda outlets in multiple countries.

A more realistic approach would have been to negotiate with the Taliban much earlier, avoiding the embarrassment of the collapse of the Afghan army and the Ashraf Ghani government. Surely Pakistan is not to blame for the fact that 300,000-plus well-trained and well-equipped Afghan security forces saw no reason to fight the lightly armed Taliban. The underlying problem was an Afghan government structure lacking legitimacy in the eyes of the average Afghan.

Today, with Afghanistan at another crossroads, we must look to the future to prevent another violent conflict in that country rather than perpetuating the blame game of the past.

I am convinced the right thing for the world now is to engage with the new Afghan government to ensure peace and stability. The international community will want to see the inclusion of major ethnic groups in government, respect for the rights of all Afghans, and commitments that Afghan soil shall never again be used for terrorism against any country. Taliban leaders will have greater reason and ability to stick to their promises if they are assured of the consistent humanitarian and developmental assistance they need to run the government effectively. Providing such incentives will also give the outside world additional leverage to continue persuading the Taliban to honor its commitments.

If we do this right, we could achieve what the Doha peace process aimed at all along with an Afghanistan that is no longer a threat to the world, where Afghans can finally dream of peace after four decades of conflict. The alternative — abandoning Afghanistan — has been tried before. As in the 1990s, it will inevitably lead to a meltdown. Chaos, mass migration, and a revived threat of international terror will be natural corollaries. Avoiding this must surely be our global imperative.