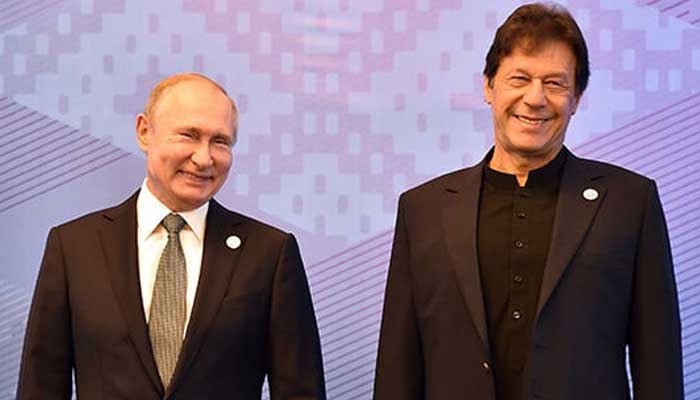 At the special invitation of Russian President Vladimir Putin, Prime Minister Imran Khan has departed for his two-day maiden visit to Moscow. Russian Deputy Foreign Minister will be welcoming Khan upon his arrival at the airport in Moscow. Ministry of Foreign Affairs confirmed the schedule of PM Khan and said that he would be accompanied by a high-level delegation including cabinet members of the federal government. Moreover, he would also be awarded a guard of honor by a contingent of the Russian armed forces and meet President Putin.

In a statement by the foreign office, it was confirmed that the two leaders will exchange views on many regional and international concerns such as Islamophobia and evolving situation in Afghanistan. Moreover, PM Khan will also hold a meeting with the deputy prime minister of Russia to discuss energy-related issues.

Additionally, he is scheduled to meet with the business community, have a talk with the members of Pakistani media and the Grand Mufti of Russia, and visit Islamic Centre in Moscow. The aim of the visit is to reiterate his resolve in the completion of the Pakistan Stream Gas Pipeline (PSGP) project.

Do you think the meeting between the two leaders will strengthen bilateral relations?