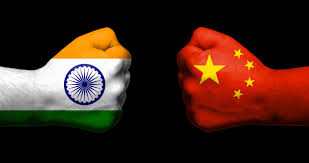 Following months of attempts to defuse tensions, troops rushed to roar again at each other’s faces. While the fight was not ruthless, it was significant where it erupted.

Indian and Chinese troops have once again locked horns along their contested border, Indian officials said Monday, in an indication that the deadly tensions that erupted between the two most populated countries in the world in June are not going anywhere.

In response, the Chinese foreign ministry rejected the accusations, while China’s regional command of the People’s Liberation Army later alleged that India was “seriously violating China’s territorial sovereignty”” with its operation being staged on Monday and demanding Indian troops to withdraw.

Army officials from both sides were meeting to settle the latest border dispute that comes more than two months after 20 Indian soldiers were killed in fighting that broke out in Ladakh’s Galwan Valley between the two sides.

For months, troops have been locked in a face-off in the western Himalayas, where each side accuses the other of violating its almost 3,500 km (2,000-mile) border, most of which remains undemarked.

The recent tensions on the border are the most severe in over half a century.

Both sides, accusing each other of instigating violence, pledged to safeguard their territory but also to try to end the standoff that has dramatically changed the bilateral relationship between India and China.