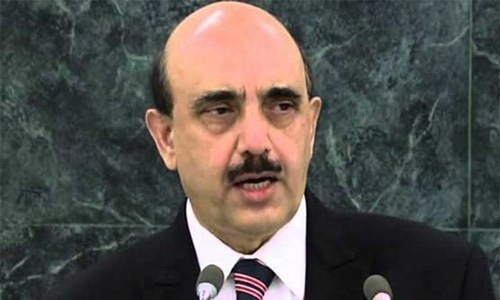 Azad Jammu and Kashmir President Sardar Masood Khan has said that India has installed deadly weapons at the LoC, which exposes highly hostile designs of the Modi government against Pakistan.

Speaking to the media at Governor House in Quetta on Wednesday, he said that the wicked designs of Indian leaders posed a great threat to the peace and stability of not only Pakistan but also the entire region.

He went on to say that India had released bogus and phony maps of the region, but Pakistan had given a superb response to this sham.

Shehbaz likely to return in 2nd week of January: Sanaullah