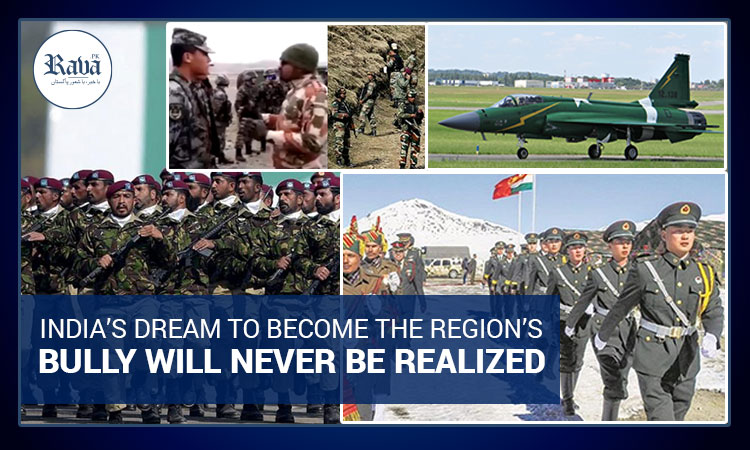 US magazine Foreign Policy has laid bare India’s defeat at the hands of China in Ladakh, claiming that New Delhi cannot afford a war with Beijing.

The magazine confessed that as South Asia’s worst performing economy in 2020, India is not in a position to bear the cost of a military conflict.

“A war with China would also force India to discard its long-standing policy of strategic autonomy,” the magazine added.

The magazine wrote that Indian military will strengthen its conventional defenses on the northern border with China even as it continues to maintain its huge formations for the western border with Pakistan.

“Approximately 60pc of India’s defense budget goes into maintaining its 1.35 million-strong army. If India has to defend every single parcel of disputed territory on its border with China, the army would end up consuming an even greater share of the defense budget because India’s weak economy rules out a major hike in military spending.”

The magazine said that India needs a formidable navy to project power in order to meet its role as a security provider in the region, in a way that makes it alluring to countries worried about China’s rise. But in a post-Ladakh situation, with precedence being given to the army’s more unrelenting demands, New Delhi’s naval ambitions will be checked, the magazine added.

On the contrary, China is already building its third aircraft carrier, while Beijing’s defense budget is closely four times that of India and its economy six times bigger—a gap that has widened during the coronavirus pandemic.

China’s army is the world’s largest standing ground force, with 1.5 times more active military personnel than India in its ranks. In addition, China has arranged the resources, technology, and political will over the past two decades to reinforce and update its military in almost every respect.

“Unlike India, the Chinese economy, military, and political leadership have the capacity to bear the burden of the prolonged deployment and maintenance of large bodies of troops in the extremely inhospitable conditions of Ladakh,” the magazine wrote.