India is patronizing terrorists and other banned organizations to create unrest in Pakistan: FM
Recent View all
News
Read more 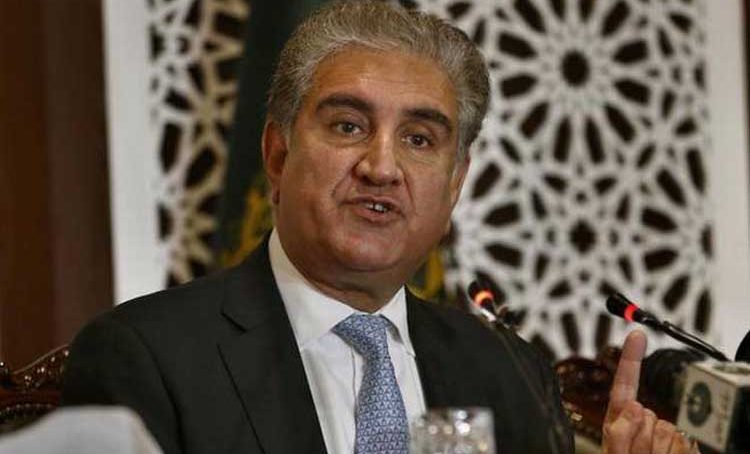 India is patronizing terrorists and other banned organizations to create unrest in Pakistan: FM

On Sunday, Foreign Minister Makhdoom Shah Mahmood Qureshi said the government has clear evidence that India is patronizing terrorists and other banned organizations in Pakistan to create instability, but its sinister designs will not succeed.

FM Qureshi, speaking at a ceremony at the Multaniwala Union Council in his hometown, said the neighboring country was conspiring to destabilize us.

“Disinfo Lab had exposed India’s conspiracies also. Due to inhuman measures by the Narendra Modi government, the voices are also being heard against the fascist regime from inside India.

Instead of addressing local issues, the Indian government was bent on hatching conspiracy against Pakistan. India’s nefarious designs could create law and order situation in the region and the consequence would be disastrous,” he said.

The FM said Pakistan was taking practical as well as diplomatic measures to foil the enemy’s conspiracies while the threat of terrorism was successfully eliminated by the armed forces.

Likewise, behind the armed forces, the whole nation stood to protect the sovereignty of the land. He, however, urged the leadership of opposition parties to demonstrate transparency and disregard the personal agenda and forge solidarity against foreign aggression.

Shah Mahmood Qureshi, who is also the vice-president of PTI, took a jibe at Sunday’s public meeting of the opposition in Larkana.

Qureshi said the PDM didn’t have anything to do with the masses.

In the past, those who claimed to drag each other on the roads of Lahore and Larkana (both PPP and PML N) are now becoming guests of each other, Qureshi said, adding it had revealed the true face of both sides.

Qureshi indicated that there was no unity in the coalition within its ranks. He, however, raised a question as to why Fazal ur Rehman did not attend the public meeting in Larkana. When will the PDM extend the resignation, Qureshi said, adding, is the PDM waiting for the elections to the Senate or does it have any mass sympathy?

Qureshi has claimed categorically that the PDM alliance is about to fall. It will not last longer for coalitions made according to personal interests.

“Both, PPP and PML-N, joined hands to save looted money only. The worst opponents of the philosophy of Shaheed Zulfiqar Ali Bhutto and Shaheed Mohtarma Bhutto are, now guests at Larkana.”