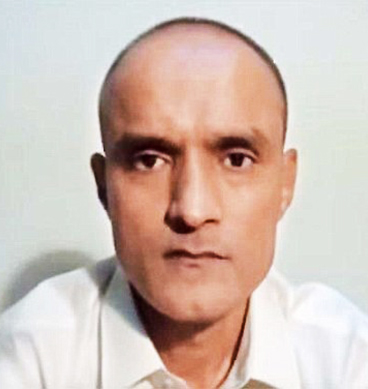 Jadhav, 49, is a serving Indian Navy officer and RAW operative sentenced to death by a military court for espionage and terrorism in Pakistan.

The Pakistani security forces arrested him in the Balochistan province on March 3, 2016. The consular access is being granted in line with a judgment of the International Court of Justice(ICJ) and the Vienna Convention on consular relations.

Indian Deputy High Commissioner Gaurav Ahluwalia was in a meeting with Kulbhushan which could last couple of hours, the TV channel reported.

In December 2017, the Indian spy met with his mother and wife in a room that was specially built at the Foreign Office.

Foreign Affairs Shah Mehmood Qureshi said consular access was being given to the Indian spy as Pakistan had always wanted peace in the region and did feel that war was the last option between the two countries.

Kashmir dispute can be resolved through dialogue: PM Imran