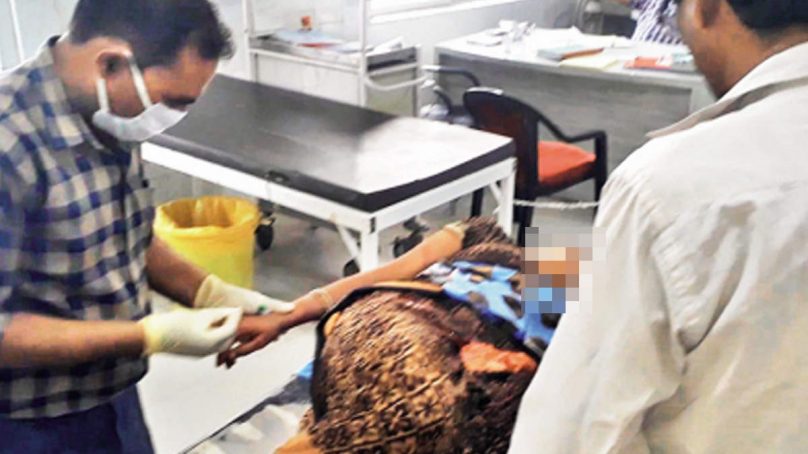 In a horrific crime reported in Uttar Pradesh, India, a drunken husband allegedly slit the belly of his four-month pregnant wife with a sickle to find out if she was carrying a boy, the Times of India reported.

The 35-year old woman, identified as Anita Devi, and the unborn child had managed to survive the vicious assault, according to initial police reports. The two undergone major surgery at Safdarjunfg Hospital in Delhi.

However, the police superintendent later reported that, while Devi was in intensive care, the baby was stillborn late on Sunday. The husband was kept in custody.

At their home on a Saturday night, Pannalal, 43, attacked his wife. A local priest convinced him that his wife was bearing a girl — that sixth in a row. It was said he threatened his wife to abort the child, but she refused to do so.

The woman’s brother stated that he attacked her with a sickle and ripped her stomach saying that he wanted to check the gender of the unborn child.

Initially, Devi was taken to a district hospital in Bareilly, where her condition deteriorated due to excessive bleeding and severe damage to her insides.  She was then admitted to a private hospital, only to be refused admission because she was unable to pay four million rupees for treatment in advance.

“My brother-in-law often used to beat my sister for giving birth to five daughters. Our parents had intervened on several occasions. But no one imagined that he would take such a cruel step,” Devi’s brother Ravi Kumar Singh told the news outlet.