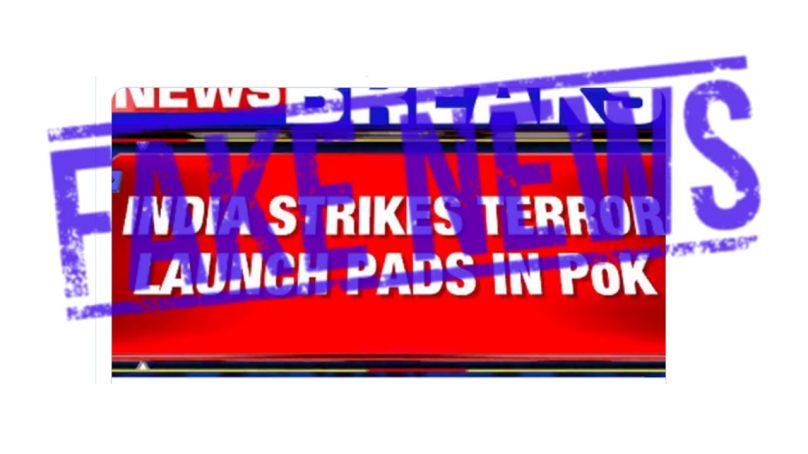 Extremely manipulative Indian media which has always lived in a world of delusions comes up with another fake story of attack on Pakistan.

Indian media which has nothing else to show, they are seen lying with their throats slit with false and vile propaganda against Pakistan.

Now the Indian media has released a new rumor that India violated the LOC by infiltrating Pakistan, Pakistan fired without provocation and Indian forces attacked and killed terrorists in occupied Kashmir.

Times Now anchor Bardeep Dutta went so far to tell the fake tale of how an Indian soldier invaded Pakistan to make a lie look true, while according to Indian media, this is India’s third major attack on Pakistan.

According to Indian media reports, Pakistan has been very aggressive on the Line of Control in the last few days and is resorting to unprovoked firing in many areas. Pakistani forces were trying to escalate the situation by targeting urban areas along the border.

Speaking of truth, the Indian Army on Thursday thwarted reports that the force guarding the Line of Control (LoC) had launched a crackdown on terrorist groups in Pakistan-occupied Kashmir (POK).

With such high claims, the world is aware of the fact that India is not even able to raise their eyes towards Pakistan. How can they forget that when someone tries to infiltrate Pakistan, they are not able to walk on their own feet.

India’s dream of attacking Pakistan will never come true. Maybe the Indian media consoles its own heart by spreading such news, because the clouds that thunder a lot, never rain.

Since Indian media is aware of the fact that they can never win on borders with Pakistan so they try to satisfy their egos by spreading such fake news.

Here’s what twitteratis have to say:

Plz reign ur stupid media @GeneralBakshi or one day they would ensure that india as a country would seize to exist on world's map. My all sympathies to ur public who listens n believes on this BS 24/7 https://t.co/pv95NNQU31 pic.twitter.com/dg8RfhiH5t

UAE suspends issuance of visa to Pakistan and other 11 countries