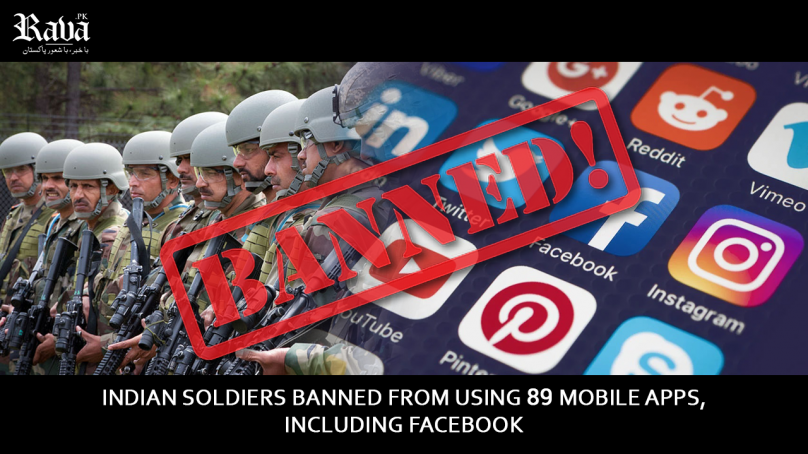 According to details, the Indian ministry of defence has issued orders to ban the use of social media for Indian soldiers.

As per the Indian media, Indian soldiers will no longer be able to use mobile applications including Facebook, Instagram, Tik Tok, and Truecaller. After the orders, the soldiers will be bound to delete all these applications from their mobile phones.

The move comes amid fears of classified information and secrecy for the Indian military, which has directed troops not to use 89 mobile and news applications, including Facebook and the Daily Hunt.

It is worth noting that 59 apps, including TikTok, are already banned in India after the dispute with China in Ladakh.