“Information Technology is a weapon and we are benefitting from it”: Taliban spokesman
Recent View all
News
Read more

Home  »  News   »   “Information Technology is a weapon and we are benefitting from it”: Taliban spokesman 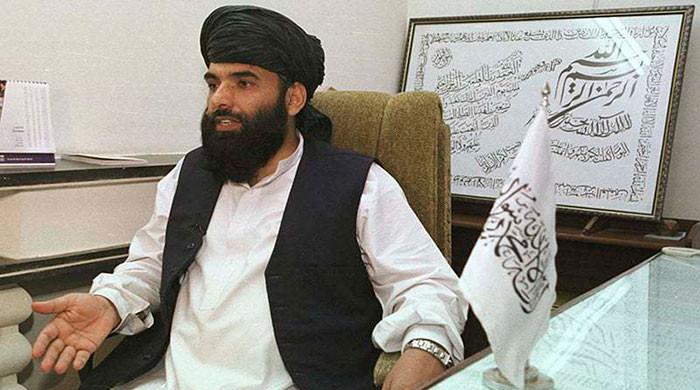 “Information Technology is a weapon and we are benefitting from it”: Taliban spokesman

Suhail Shaheen, the spokesman for the Tehreek-e-Taliban Afghanistan, has said that Pakistan “cannot dictate to us or impose its views on us”, but it’s welcome to help the Taliban reach a negotiated settlement in Afghanistan.

In a TV interview, Shaheen also said that the Taliban want brotherly relations with Pakistan as it’s a neighbor, a Muslim state, and has common historical, religious, and cultural values.

Talking of the Taliban’s demand for an Islamic Emirate of Afghanistan, the spokesman said that having an emirate is “a legitimate right of the people of Afghanistan”.

Regarding India, Shaheen said that India must align itself with the people of Afghanistan by way of support if they wish, “not an imposed government”.

He said that the Taliban were committed to long-lasting peace in Afghanistan, and were doing all they could to gather all Afghans to come to the negotiating table.

Asked what change can be expected after the past Taliban rulers insisted on men growing beards and women wearing burqas, Shaheen said the Taliban “do not oppose technology and science”.

“We are not against technology and science. It is necessary even by Islamic standards. We will just ensure content is according to Islamic values, the demands of our people, our history, and culture.”

“Information Technology is a weapon and we are benefitting from it and will continue to.”