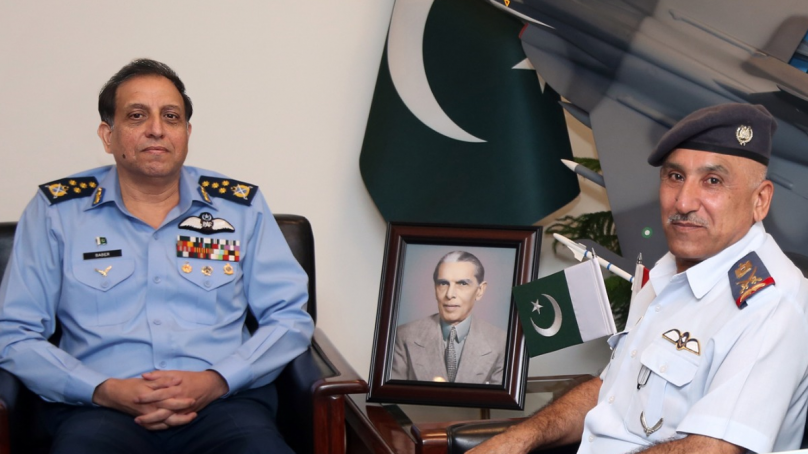 During the meeting, both the dignitaries discussed matters of professional and mutual interest.

Major General (Pilot) Muhammad Majeed Mahdi Mahmood, commended the professionalism of PAF and acknowledged its rising indigenous capacity in aviation industry. The Air Chief said that Pakistan and Iraq enjoy longstanding religious, cultural and historical bonds which are manifested through strong ties between the Air Forces of two countries.

The Air Chief assured the visiting dignitary that PAF would continue to provide training and technical support to Iraqi Air Force in meeting its air power requirements . Both the commanders also agreed to explore further avenues of cooperation including JF-17 program.