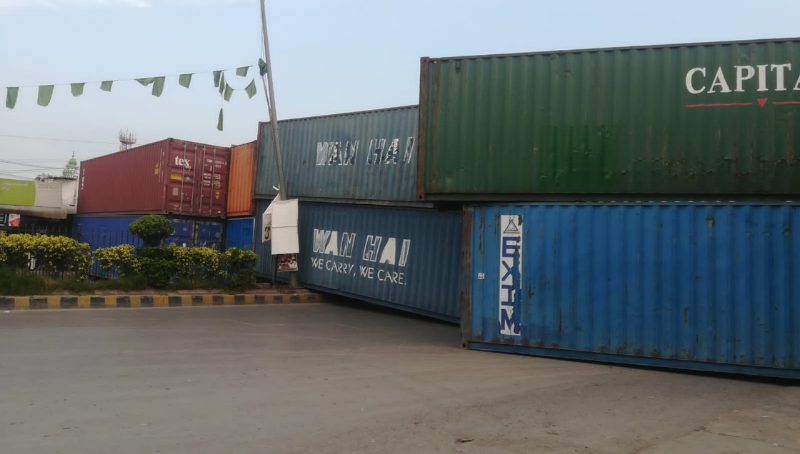 Rawalpindi and Islamabad roads have been blocked through the Faizabad intersection; the containers were parked to prevent Tehreek-i-Labbaik protestors who have been banned from entering the territory of the capital. The areas have started to get sealed to stop the destruction from happening in Islamabad that the capital has seen in the past. Meanwhile, the police have raided the house of the TLP chief at Rawalpindi sector to arrest him again but he succeeded in fleeing.

The TLP leader was detained but the police released him after further dialogue with the banned leaders of the party. Out of all TLP activists that were arrested, only five were released from Adiala jail.