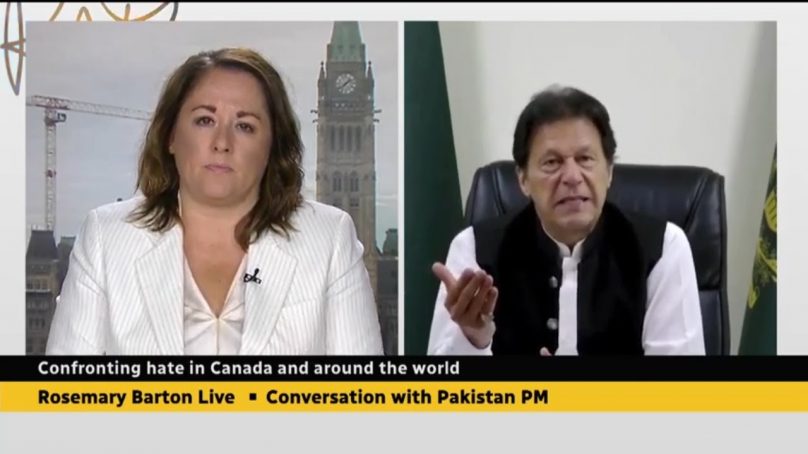 In an interview with CBC’s chief political correspondent, Rosemary Barton, the Prime Minister of Pakistan, Imran Khan emphasized the issue of Islamophobia. Highlighting the event of the murder of a Muslim and Pakistan-origin family in London, Ontario, PM said that terrorism has no religion. He added that all Muslims living in western countries have suffered from Islamophobia.

In the interview, he also mentioned that he had raised this concern to the Prime Minister of Canada, Justin Trudeau.

After the unfortunate incident in Canada, the PM tweeted that it was a piece of sad news to learn about a Muslim Pakistani-origin Canadian family in London, Ontario. He said that Islamophobia needs to be countered holistically by the international community.