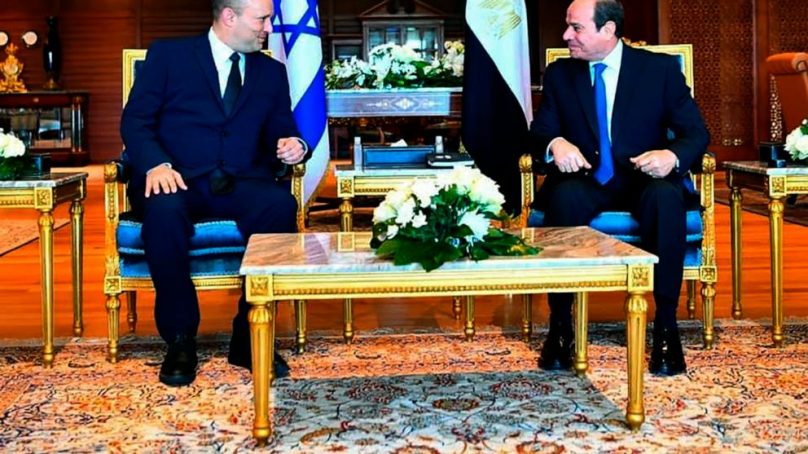 For the first time in ten years, Israel’s prime minister has made an official trip to Egypt, with Naftali Bennett describing his meeting with President Abdul Fattah al-Sisi as “very important and very good”.

Egypt said regional issues, including ways to revive the Israeli-Palestinian peace process and growing tensions in the Gaza Strip, were the highlights of the meeting.

Gaza is located between Israel and Egypt, and both countries have implemented a border barrier of the land to varying notches since 2007, when the Hamas took control there.

According to diplomats, Bennett and Sisi were also likely to discuss regional issues, including Iran’s clout in the Middle East and the crisis in Lebanon.

The trip seemed to give transport links between the two countries a lift.