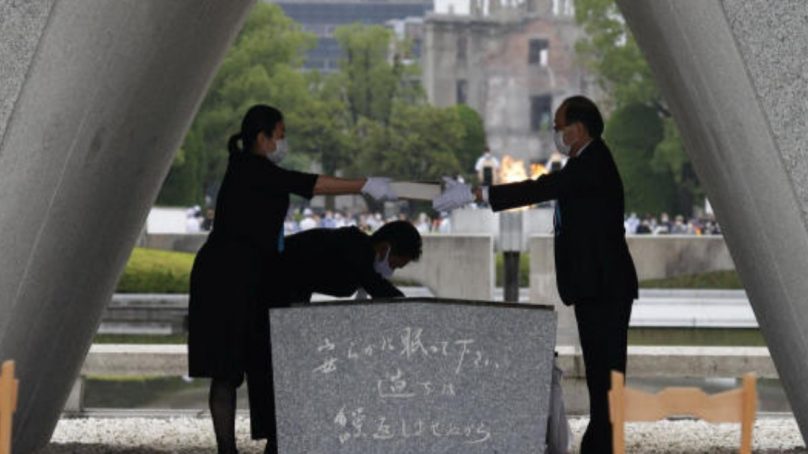 On Thursday, Japan marked the 75th anniversary of the horrific nuclear bombing on Hiroshima.

This year’s major event in Hiroshima was attended by survivors, relatives and a handful of foreign notables to pray for those slain or wounded in the bombing and call for world peace.

However, the general public was not invited, and the ceremony was broadcast online instead.

Participants offered a silent prayer at exactly 8:15am (2315 GMT Wednesday), the time the first nuclear weapon used in wartime was dropped over the city.

Speaking later, Hiroshima mayor Kazumi Matsui cautioned against the jingoism that led to World War II and exhorted the world to unite to face global threats, like the coronavirus pandemic.

“We must never allow this painful past to repeat itself. Civil society must reject self-centered nationalism and unite against all threats,” he said.