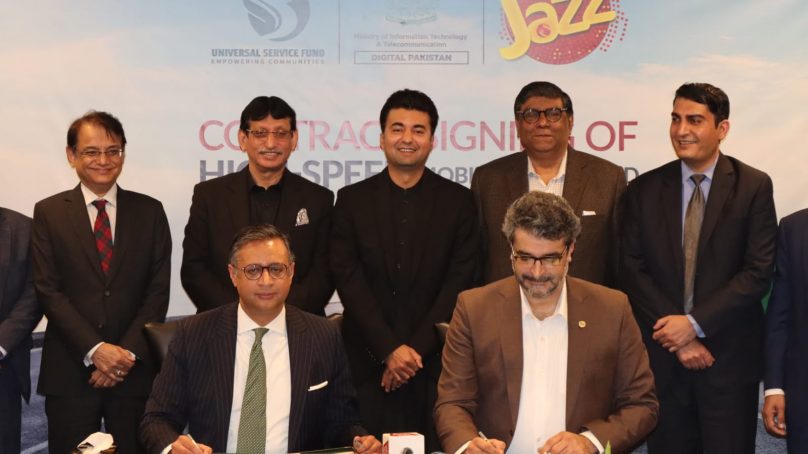 The Universal Service Fund (USF) has awarded Jazz with a Rs300 million contract for providing high-speed mobile broadband services at M3 – Lahore to Abdul Hakeem section in Khanewal district and M5 – Sukkur to Multan Motorway. The 230-km and 393-long motorways will be availing the telecom service within a year as the deal has been signed between USF and Jazz. Haaris Mahmood Chaudhary, CEO of USF and vice chairman of Jazz, Mudassir Hussain have signed a contract for the new venture.

Communication Minister Murad Saeed who witnessed the occasion stated that the internet facility on the motorway is what the country has lacked which is needed for rapid response in case of any emergency. He added that at M3, high-speed mobile broadband access will be given across 54.92 km to the areas of Faisalabad, Khanewal, Sheikhupura, and more. Similarly, the M5 project will cover 78.85 km to the areas of Sukkur, Kashmore, Multan, Rahim Yar Khan, and more.

Do you think more initiatives like these should be taken in Pakistan?