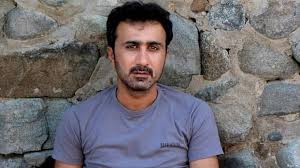 Prosecutors in Sweden have ruled out a felony investigation into the death of Pakistani journalist Sajid Baloch, announcing the end of the investigation.

Pakistani journalist’s Sajid Baloch’s family did not respond to a request for comment. When contacted by the German broadcaster, Sajid’s brother Wajid Baloch said his family had not yet found Sajid’s body and could not comment further on the case.

Before his disappearance, Sajid Baloch’s last contact was with a close friend and roommate, Taj Baloch, with whom he met before leaving for Uppsala. Describing the Swedish police investigation as “flawed”, Taj Baloch said: “The police have shown extraordinary leniency in this case. Sajid Baloch murder investigation is still a dilemma.

For about a month after Sajid’s disappearance on March 2, Sajid’s family and friends contacted the police several times for his recovery, but the police were not interested in tracing Sajid’s disappearance. Following the publication of the news in the international media and pressure from international organizations, the police launched an investigation and no serious efforts were made to get to the bottom of the matter.

Sajid Baloch mysteriously went missing on March 2 this year on his way to the nearby town of Uppsala from the Swedish capital Stockholm, and his body was found on April 23 in the northern part of Uppsala after about two months of disappearance.

Reporters Without Borders, an international organization of journalists, had expressed concern that Sajid Baloch’s death could be the result of his journalistic activities. Some media reports accused Pakistani state institutions of involvement in the incident, but Swedish authorities have ruled out the possibility of Sajid Baloch’s assassination following an investigation into his death.

Who was Sajid Baloch?

Sajid Baloch, a journalist from the Pakistani province of Balochistan, was the editor-in-chief of the online magazine Balochistan Times. Before leaving Pakistan in 2012, Sajid Baloch was also associated with the English newspaper The News and the Daily Times. Sajid Baloch began to receive threats for criticizing the enforced disappearances in Balochistan and exposing the drug mafia, so he first settled in Muscat and Oman and then arrived in Sweden in 2017.

The death of Pakistani journalist Sajid Baloch testifies to the fact that the freedom of expression in Pakistan is still a distant dream.