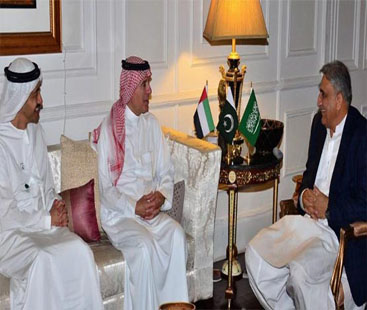 According to Pakistan Army’s Department of Public Relations, General Bajwa and foreign ministers of both Gulf countries had a conversation on India’s Aug. 5 move of scrapping special autonomy of occupied Kashmir.

They expressed their resolve to further strengthen the existing relations between their countries and Pakistan.

“Pakistan is proud of having special strategic and brotherly relations with the UAE and Saudi Arabia,” Gen Bajwa said during the meeting.

The visiting dignitaries lauded Pakistan’s efforts in maintaining regional peace and stability, and assured the military chief of diplomatic and moral support for Pakistan.

MIT Ordinance will not lead to privatisation of government hospitals, assures PM Imran