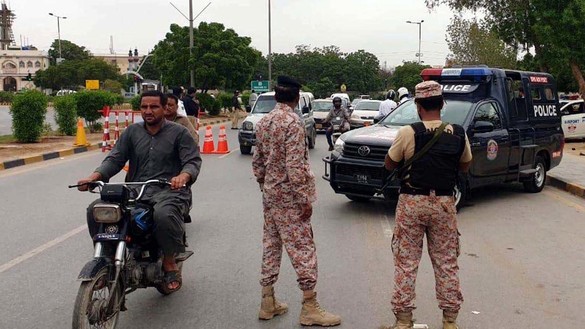 In a joint operation in Karachi on Wednesday, the Counter Terrorism Department (CTD) and Sindh Rangers gunned down two militants belonging to a proscribed organization.

In-charge CTD Mazhar Mashwani said that a raid was conducted following information about the presence of the suspected militants in the area. The alleged terrorists were slain when they purportedly exchanged fire with CTD officials.

He revealed that the two alleged militants killed have been identified as Rafiq and Adnan.

Adnan allegedly belonged to the Bilal Mansoor group, which, as per the CTD, had fought the Rangers for several hours in Urdu Bazaar the other day.