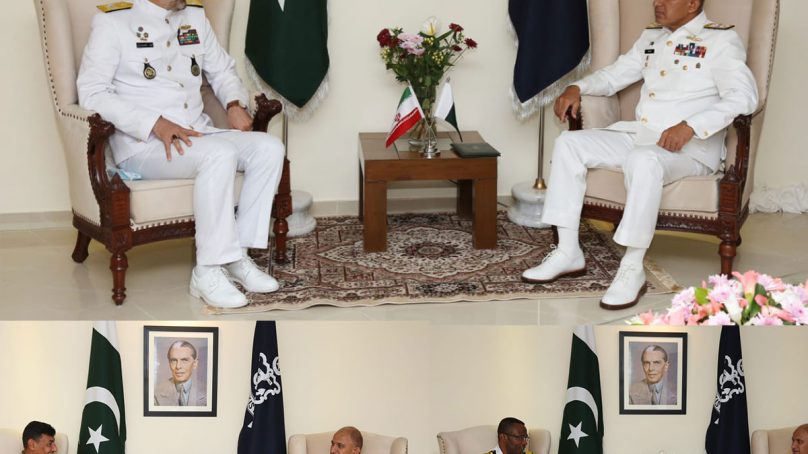 The visiting dignitaries highly appreciated and acknowledged Pakistan Navy’s efforts and commitments in support of collaborative maritime security in the region and conduct of 7th Multinational Maritime Exercise AMAN 21.
Besides, the three-days International Maritime Conference (IMC-21) organized on the theme of ‘Development of Blue Economy under a Secure and Sustainable Environment: A Shared Future for Western Indian Ocean Region’ by National Institute of Maritime Affairs (NIMA) under the auspices of Pakistan Navy has culminated at Karachi. The Foreign Minister of Pakistan, Makhdoom Shah MahmoodQureshi graced the Closing Ceremony as Chief Guest. Chief of the Naval Staff Admiral Muhammad Amjad Khan Niazi was also present at the event.

While addressing the IMC audience, the Foreign Minister praised Pakistan Navy for promoting maritime awareness in the country, spearheading efforts for the development of Blue Economy and taking various initiatives to ensure peace & order at sea individually and in collaboration with regional and extra regional navies. Earlier, Chief of the Naval Staff, Admiral Muhammad Amjad Khan Niazi in his closing remarks thanked all the speakers, panelists and participants and also commended efforts of NIMA for successful conduct of the event.

International Maritime Conference: Blue Economy is the Pressing Need of the Hour

Peace can only be guaranteed through highest standard of preparedness: COAS