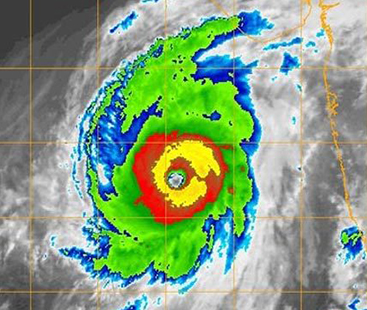 The mayor issued directives to the concerned authorities to remain on-duty and vigilant to deal with any unforeseen situation that may arise due to the natural calamity.

He also urged Karachi’s water and electricity divisions to fulfill their obligations and ensure the providence of their services to the citizenry if an unfortunate incident occurs.

Mayor Karachi Akhtar requested the people of the megacity to avoid standing near structures, trees and poles that may fall on them in case of strong winds that usually accompany cyclones, he also asked people to stay clear of electricity sources in the open so that they may keep themselves away from harm of exposed electric wires.

Earlier in the day, the coastal belt of Karachi was affected by the waves generated by Tropical Cyclone Kyarr in Arabian Sea, which is expected to further intensify to category 5 with estimated wind speed of 255km/hr to 265km/hr.

The storm waves have submerged the dykes at Ibrahim Hyderi and Rerhi Goth and the seawater has reportedly entered in Chashma Goth and Latt Basti in Karachi.

High tidal waves hitting the coastal belt of Sindh under the influence of Cyclone Kyarr in Arabian Sea. The seawater entered in six coastal villages in Thatta district near Gharo town, according to reports.