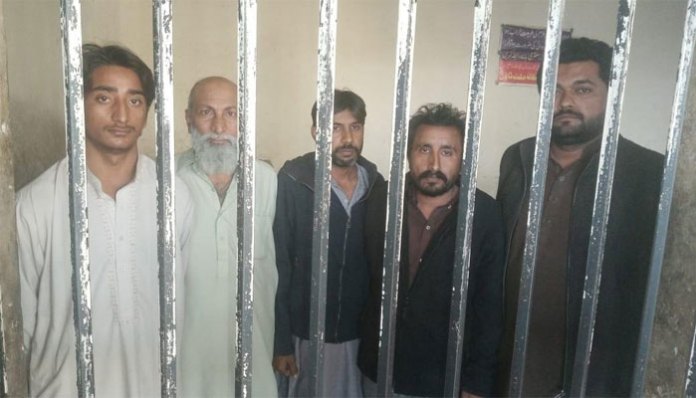 Men arrested in Faisalabad for stripping women, accused of theft

The police in Faisalabad arrested four men who tortured and stripped some garbage-picking women. The women who were accused of stealing from a shop were beaten by the shop owner and 3 more men for an hour and were stripped. According to the FIR, the four women tried to steal something from the electric shop and were asking for water. The shop owner known as Saddam beat women black and blue and video tapped them naked.

The police reached the area of the incident after receiving the call from area residents and arrested the owner of the and shop and his three men.