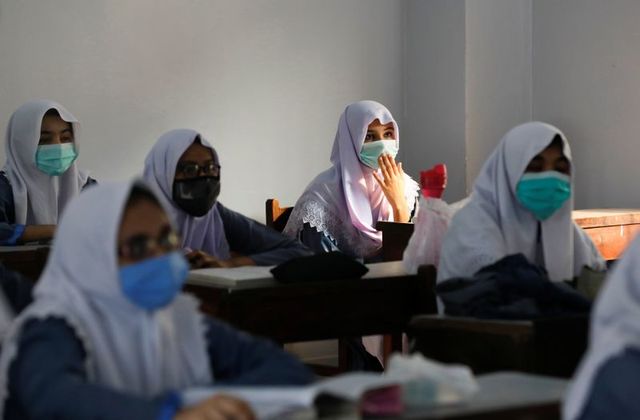 On Wednesday, the Federal Ministry of Education sent proposals to provinces urging them to shut primary schools as coronavirus cases are on the rise from November 24 to January 31, 2021.

The final decision will be taken on 23 November, while in the light of the pandemic, the provincial education ministers meet to reach a consensus on the closing of educational institutions.

The development comes a day after Sindh Minister of Education Saeed Ghani said that this year, schoolchildren will not be given winter vacations.

Due to the obvious coronavirus pandemic, the provincial minister said that students have been given more holidays than usual this year.

“Therefore, there’s no question of winter vacations right now,” he had said.

He added that at a National Command and Operations Centre (NCOC) conference scheduled for late November, a final decision on the matter will be taken.

Ghani’s statement came after a special meeting of education ministers was called by Federal Education Minister Shafqat Mahmood to decide on an NCOC recommendation to announce early and prolonged winter vacations.

As no consensus was reached, a decision on the matter was postponed until next week.