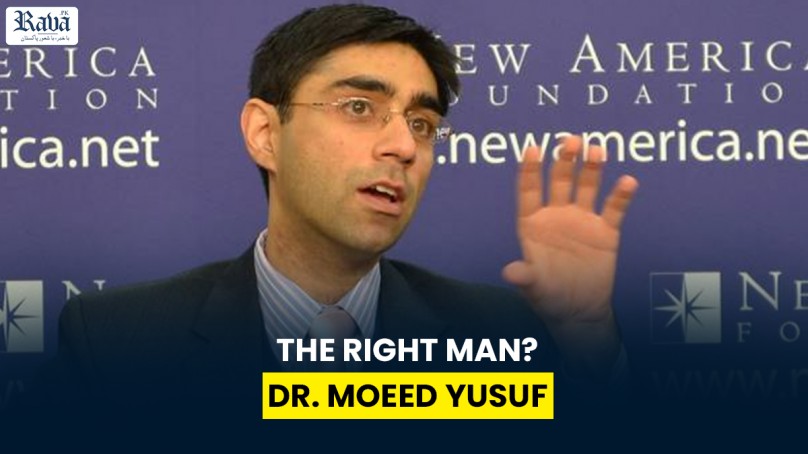 This board has been acutely following the career of Dr Moeed Yusuf, ever since his appointment at the US Institute of Peace. He is a resource that has repeatedly exemplified a nuanced knowledge of geo-strategic and political underpinnings.

He has had an extensive body of research, study and experience around the mechanics that constitute the decision-making process in the United States, which serves him particularity well as the NSA, centrally driving the re-alignment between Pakistan and the United States.

Of late we have seen Mr Yusuf express openly the counter and perhaps more accurate narratives to order shape Pakistan’s view and national security policy especially with regards to India. Given his knowledge and ability to frame arguments, he represents one of the best appointments within the current government, and is a critical asset to the nation.

Mr Yusuf has for the first time developed a cogent policy, within a frame of reference that is effective and provides both parties in India and Pakistan with a potential path forward. His concerns around the sincerity of Indian policy makers is well founded. This board had previously shared our thoughts and beliefs around this very topic.

We have always felt that India has been consistently insincere in its overt expression of friendship, while also being consistently sincere in subverting the government and national fabric of its neighbor Pakistan.

Mr Moeed Yusuf is exactly the type and caliber of policy makers and thinkers Pakistan needs, and we congratulate, the government of Prime Minister Imran Khan on this appointment.

PTI shines as the single largest party in AJK polls