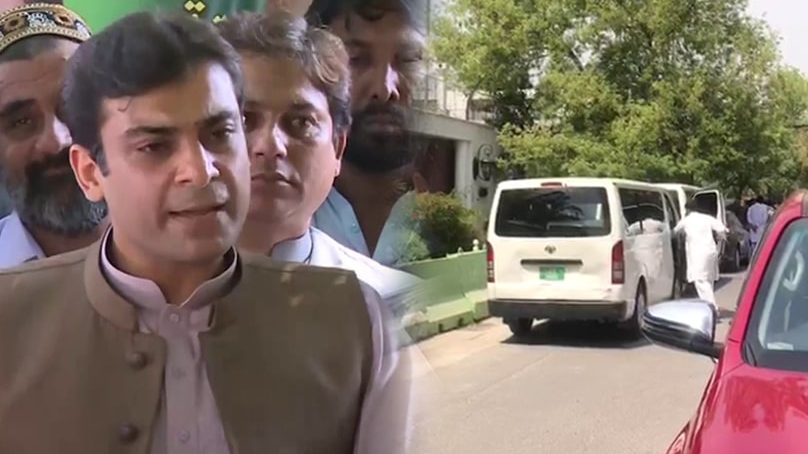 According to media reports, NAB is conducting a raid at 96-H Model Town-Shehbaz Sharif’s residence in order to arrest Hamza Shehbaz.

Shehbaz Sharif along with his sons Hamza and Salman are facing multiple NAB inquires, including those into the Ashiana Housing scandal, Ramzan Sugar Mills and assets beyond means.

“Under which law was this raid conducted without any prior notice?” said Maryam Aurangzeb to the media.

She confirmed that both Shehbaz and Hamza Sharif are present at the residence. “Are Hamza Shehbaz and Shebaz Sharif terrorists?” Aurangzeb asked.

The PML-N spokesperson stressed that NAB was unable to prove any sort of corruption.

PTI to contest in elections with MQM: PM Imran