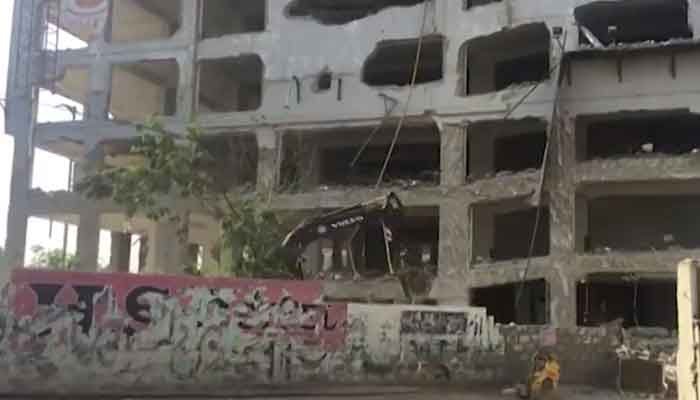 The interim pre-arrest bail of the Nasla Tower owner has been extended till Jan 26. The 15-storey building, which was located at Shahrah-e-Faisal, was built in violation of laws and received a demolition order by the Supreme Court. The owner of the project, Muhammad Wilayat Ali Data, and the additional director of the master plan, Abdul Qadir, have a case booked against them. The bail was earlier extended till 22nd January and now the hearing has been adjourned till Jan 26.

District and Sessions Judge (East) Khalid Hussain Shahani had granted bail against the duo against the surety bonds of Rs 1 million. The FIR has also been registered against Data and Qadir in Ferozabad police upon the orders of the Supreme Court.

Earlier, Qadir’s defense council, Abdul Majeed Khoso submitted the absence in the court due to his illness, and Khoso requested the judge to condone the absence for the day.

Do you think those responsible for the illegal building will be duly punished, and the hapless residents who lost their shelter will ever get justice?