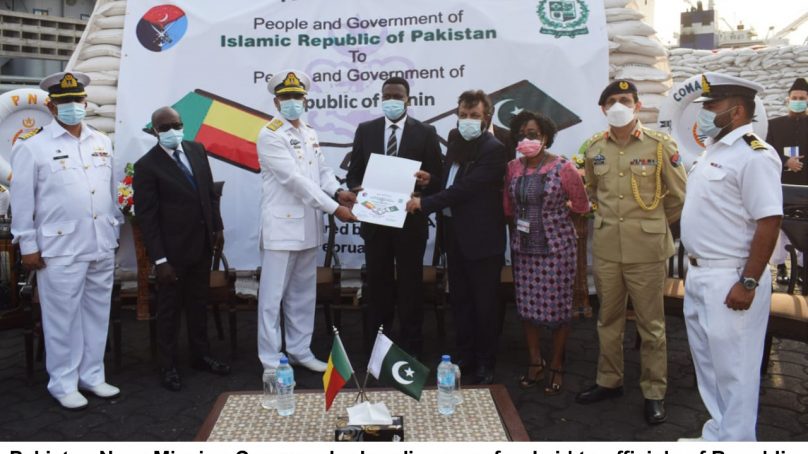 Pakistan Navy Ship NASR visited Cotonou Port of Benin as part of Humanitarian Assistance and Disaster Relief (HADR) mission to African countries. Upon arrival at Cotonou (Benin), PNS NASR was received by Ambassador of Pakistan at Niger HE Mr Ahmed Ali Sirohey along with Honorary Consular of Pakistan, Defence Attache of Pakistan in Nigeria, and host naval officials. Previously, the ships also visited Djibouti and Sudan port during the deployment.